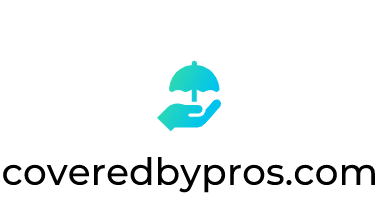 Jeff Jr. is the founder and creator of coveredbypros.com.  After 10 years of working as an insurance broker he realized there was a niche not being filled with people searching for insurance quotes online.  Many will get quotes, but feel uncomfortable because they are unsure if they selected the appropriate coverages and amounts, so they don't move forward with the change.  Jeff Jr. wanted to marry online quote requests along with insurance professionals who can make sure they are doing things right, giving peace of mind to the consumer.

Being a Millennial in the insurance industry,  he can see where there are areas that need to evolve in the way the industry interacts with the public.  That is how the idea of coveredbypros.com came to light.

Jeff Jr. is very involved in the community.  He's a multi-year president of his local Rotary Club and earned a Paul Harris Fellow Award.  He is also involved with the Chamber of Commerce and a member of IBO Networking.   He's a graduate of Southern Vermont College and formerly was as an executive for Source Interlink Media.

Jeff Sr. is President of The Koch-Glacken Agency, the parent company of coveredbypros.com.  He is a 30+ year veteran of the Insurance Industry.  He has served on the board of the Suffolk County Independent Agents Association and does risk consulting work for various entities.  He is a Certified Insurance Counselor (CIC) and is considered to be in the top of his field.  He also had a major involvement in mentoring Jeffrey Koch Jr. to where he is today.

Our Team of 'Pros'

Our team of licensed insurance agents have over 100 years of combined experience and have written thousands of policies.  We have the best team you can find!

A Company of AFI Associates Inc. DBA The Koch-Glacken Agency